Skip to content
This Sunday morning I am going to begin a new series of messages from the book of Lamentations entitled “When Defeat Strikes…”  Since Lamentations is one of the most neglected books in all the Bible, I thought that I would share a little bit of background information to help you get ready.  I hope that in addition to reading this post you will read Lamentations chapter 1 several times this week, and pray for our servi
ces this Sunday.  Specifically, ask God to speak to your heart through His Word.
Lamentations: 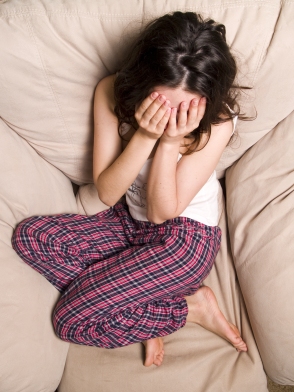 In the Hebrew Bible, the book of Lamentations is titled Ekah (how) because of this is the first word in the book (1:1) and it is also used in 2:1 and 4:1.  The word Ekah was commonly used in ancient times as the opening word of a dirge.  This use is reinforced by the Talmudic and rabbinic writers who referred to this book as Qinot (dirges).  As you might expect, therefore, this book carries with it a rather somber tone as it reflects on the suffering of the city of Jerusalem just after it had been captured by the Babylonians and its people taken captive.
The author is never named in this book but traditionally it has been thought that Jeremiah is the writer.  This tradition is based on three primary pieces of evidence:
1.) 2 Chronicles 35:25 says that Jeremiah “uttered a lament for Josiah.”
2.) Jeremiah was an eyewitness to the fall of Jerusalem and its subsequent suffering.
3.) There are several similarities between the themes and vocabulary between the books of Jeremiah and Lamentations.
This tradition has a long history and was not questioned until 1712.  Since that time, the book’s authorship has been questioned by a number of Biblical studies but no solid conclusion can be made.  The simple truth of the matter is that if God has wanted us to know He would have inspired the author to include his name in the sacred text.  Since He did not, we can only conclude that who wrote the book is not essential for our understanding.
Date and Historical Setting:
The emotional nature of this book indicates that the author was an eyewitness to the destruction of Jerusalem.  Therefore, we can conclude that the book was written shortly after 587 B.C.  In order to properly understand the book we need to keep in mind how devastating it must have been for Judah to see the city of Jerusalem so utterly desolated.  The city itself had been no stranger to invasion and plundering (see 1 Kgs 14:25-26; 2 Kings 14:13-14, 23:33, 2 Chr 21:16-17; 2 Chron 25:22-24; 33:11), however, no previous enemy had so completely desolated the city and brought such destruction upon the Temple. The historical account of Jerusalem’s fall is recorded in 2 Kings 25:1-21, but the emotional and spiritual response is recorded here in Lamentations.  There is no doubt that the destruction of the city of Jerusalem was the most tragic and horrific event for the Jewish people in the Old Testament.  It must have felt to them like God had abandoned them, and this feeling is vividly captured in the language of this book.
Message of Lamentations:
Lamentations struggles with many of the same questions as the book of Job, however, Job describes deals primarily with the suffering of an individual, whereas, Lamentations deals with suffering on a corporate level.  The author of Lamentations understands Judah’s sufferings in light of Deuteronomy 28:15-68, where the Lord details the blessings that the people will receive for obedience and the punishment that God will bring for their disobedience.  This was an important message for the people because many had grown up thinking that Jerusalem was inviolable and that God’s temple could not possibly be destroyed because it was His dwelling place on earth.  To them the destruction of the city and the Temple must have seemed like God had abandoned them and thus they were experiencing a crisis of faith.  The book of Lamentations, therefore, serves the purpose of expressing these deep-seated emotions but also to turn the hearts of the people back towards God.
Outline of the Book:
Lamentations has been carefully structured around five separate poems, which correspond to the five chapters that make up the English translation of the book.  These five poems use a variety of literary types including: lament, communal lament, funeral dirge, wisdom instruction, and song of thanksgiving.  Each of the chapters, however, share a common thread of pointing us towards a characteristic of God that can give us hope in times of defeat.  Therefore, the overall theme of the book deals with what to do when defeat strikes and the message is for us to remember God in the midst of our struggle with defeat.  Specifically, this books calls us to remember that:
1.)  God is righteous (Chapter 1)
2.) God is Accessible (Chapter 2)
3.) God is Faithful (Chapter 3)
4.) God is Just (Chapter 4)
5.) God is Eternal (Chapter 5)
We will explore each of these themes starting this Sunday in our series of messages entitled “When Defeat Strikes…”