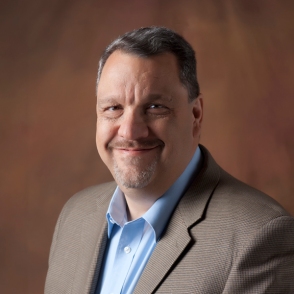 There is a tendency among Pastors to think that if we just work a little harder or put in a little more time and effort into it we will get better results.  This philosophy reminds me of a friend of mine who got his truck stuck in the mud one day while we were out fishing.  Rather than coming up with a way to help the tires gain more traction, Mark simply continued to “give it more gas.”  But as anyone who has ever gotten stuck in the mud knows, giving it more gas will simply make the problem worse.  The more gas you give it the deeper the tires will dig down into the mud.  The same holds true in ministry — giving it more gas will sometimes just dig a deeper hole.

John learned this lesson the hard way.  He had served as the Pastor of New Antioch Baptist Church for the past twelve years.  New Antioch was only two years old when they called John to be their first Pastor, after the church planter who started the congregation left.  In many ways, New Antioch and John had grown up together.  When he came to be their Pastor they didn’t even have any church by-laws or constitution and were meeting in a local high school.   John walked them through the process of growing up and becoming a mature congregation, helping them to buy their first property, build their first building and to install their first set of church elders and deacons.  For the first seven or eight years, New Antioch grew rapidly from the 50 that John began with to become a congregation of over three hundred regular attenders.  But then things began to slow down and for the past several years the church has been plateaued.

Whatever the causes of this plateau are, it cannot be blamed on the work ethic of their Pastor.  John is one of the hardest working Pastors that you will ever meet and this is part of the problem that he is experiencing right now. John works and average of 60-65 hours a week and rarely takes any a day off.  He makes visits in the hospitals, nursing homes, and church members homes five days a week.  As the church grew John found it more and more difficult to keep up with the growing demands of the ministry.  The church hired an Associate Pastor five years ago to help with the music program and take some of the pastoral load, but John has been reluctant to turn over many of the responsibilities to him.

Things are even worse at home, but John doesn’t seem to notice.  His wife of twenty-five years is considering leaving him and his two teenage daughters rarely see their dad.  By his own admission, John is disconnected from his family and it has been years since they took a family vacation. When asked about how they feel about being a Pastor’s family, both John’s wife and daughters show signs of carrying deep-seated resentments towards both John and the church.

John is on the verge of a ministry meltdown but he has no idea what to do about it, so he does what he has always done— he gives it more gas hoping that things will get better.  What he doesn’t know is that this is a sure recipe for a ministry meltdown.  John is digging himself into a hole that will eventually consume his life, his family, his reputation, and his ministry.

Some of you reading this can relate to John.  Your life and ministry have gotten stuck but you’re not sure what to do.  You’ve got your foot on the gas pedal, and the pedal to the metal as the old expression goes, but still you’re not moving forward. Over the next several days I am going to share with you some advice about how to overcome a ministry plateau but the first step is simply to take your foot off the gas pedal.

Take Your Foot of the Gas Pedal

Most of the Pastors that I know are hard-working and driven people.  When faced with a difficult problem or task, Pastors are the kind of people who roll up their sleeves and get to work.  This kind of drive is necessary because generally in the ministry there is no one standing over you and telling what to do.  A Pastor must be able to clearly see what needs to be done and then have the drive necessary to go out and get the work done.  But this innate drive sometimes works against us.  There are moments in the ministry when working harder simply will not help to move us forward.

John is a classic example of this syndrome among Pastors.  His problem is not that he lacks a strong work ethic or drive, but just the opposite.  John’s drive is actually working against him and keeping from being an effective husband, father and Pastor.  It is his drive that is keeping locked in a constant tail-spin of self-dependence and effort.  His first step in making a real and permanent change must be to take his foot off the gas pedal.

Perhaps the most helpful thing to come out of the 1980’s is the saying “take a chill pill.”  I have no idea where this saying came from or how it entered into my vocabulary but there are few sayings that Pastors need to hear more than this simple philosophy of life. John is like every other Pastor that I have ever met.  We all want to believe that the church cannot survive without us and that everything that happens depends upon us.  This philosophy drives us to take on responsibilities, tasks, and pressures that God never intended for us to bear.  The result is that we end up living in a constant adrenaline filled rush of activity that never seems to produce any results.

In the last couple of months before my meltdown, I became very aware of how frustrating this cycle can become.  I’m not sure exactly when it began but at some point I started to notice that everything in the ministry was becoming a struggle.  I was putting in more hours than I had ever worked in the ministry but was getting less accomplished.  I felt like the proverbial hamster in a wheel, I was running all day but never getting anywhere.  The work of ministry was quickly becoming absolute drudgery so I did the only thing I knew — I worked even harder.  But the problem only got worse.

To read more about my ministry meltdown click here.